"Help Me Help Myself"

Where your child learns...

The toddler environment is safe, calm and peaceful. Toddlers practice and grow through their mistakes. They develop self-control readily because the environment has minimal distractions. They are empowered in an environment of patience, trust and respect.

Care of their person and the environment:

Toddlers learn to take care of themselves and their classroom. They can master dressing and cleaning up after themselves. They also enjoy gardening and cooking.

All the toddler activities have a point of interest to engage your child. Using water as an example, children develop skills in dishwashing, cleaning and mopping. The more they enjoy the activity, the deeper the engagement. They gradually are able to focus and concentrate over longer periods of time.

Language is embedded in every toddler activity. Our toddler environment also integrates Spanish into the day.

Toddlers are curious and explore using all their senses in their toddler sized world. The toddler materials are specially chosen to develop fine and gross motor skills. For example: nuts and bolts, dressing frames, containers, music and movement.

“One test of the correctness of the educational procedure is the happiness of the child.” – Dr. Maria Montessori

I can feed and dress myself, go to the bathroom, choose fun activities by myself and respect my peers.

Around 2 ¾- 3 years, your child’s language skills and self-regulation leaps. She will be curious to learn more about the world and will be ready to move up to a PRIMARY CLASS for 3-6 year old children.

Celia is originally from Mexico and came to the United States in 1975. She is married with two grown daughters and four grandchildren. Celia received her AMI Diploma from the Montessori Institute of San Diego in 2001 with Dr. Silvano Montanaro who is world renowned for her work with infant and toddlers. Celia also has an AA in Early Childhood from Shasta College. She has worked in the Children’s House at Shady Oaks since 1991. Celia’s native language is Spanish and she integrates it into her toddler community. Celia’s hobbies include cooking, gardening, sewing, walking and music.

Why Montessori? “When I was invited to volunteer in the Montessori Primary Classroom I felt right at home. Growing up as a small child in a village in Mexico my parents included me in everyday life by teaching me practical skills which gave me purpose and enabled me to become a contributing member of my family, school, and community. Montessori sees the child not just as a little human but as an able and capable person. This is why Montessori is my home!” 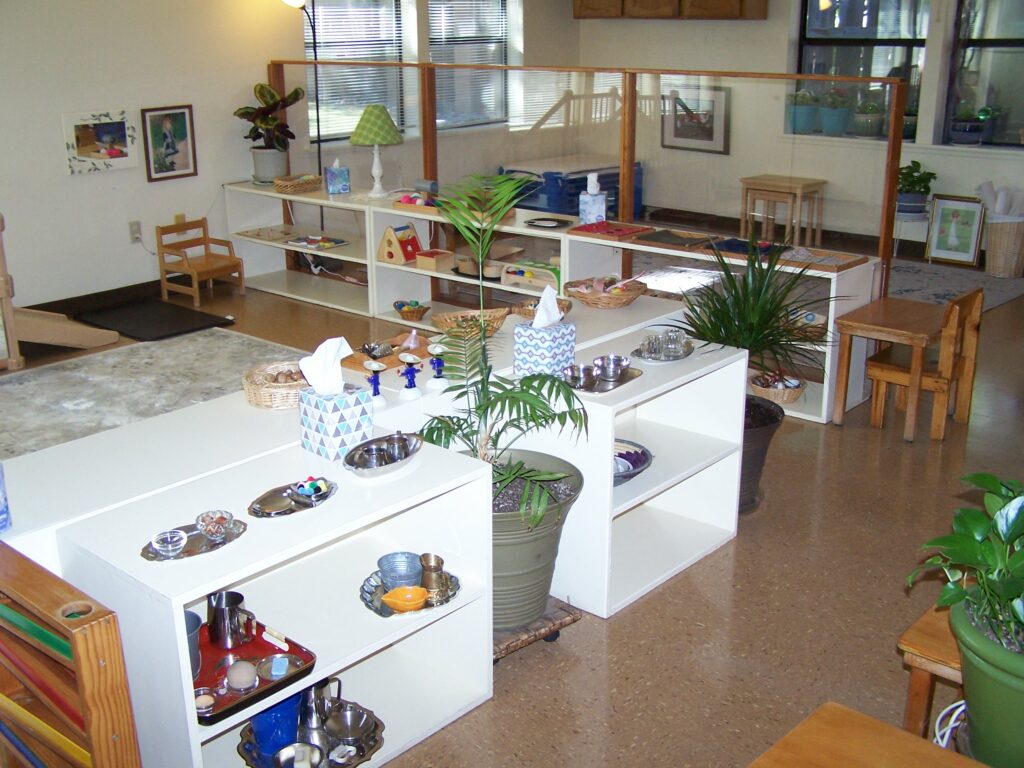